WE ARE THRILLED TO BE BACK IN THE CONCERT HALL
Making Great Live Music ACCESSIBLE to all!
​NO TICKETS REQUIRED.  FREE PARKING!
​WHEELCHAIR FRIENDLY.
Within walking distance of public transportation. 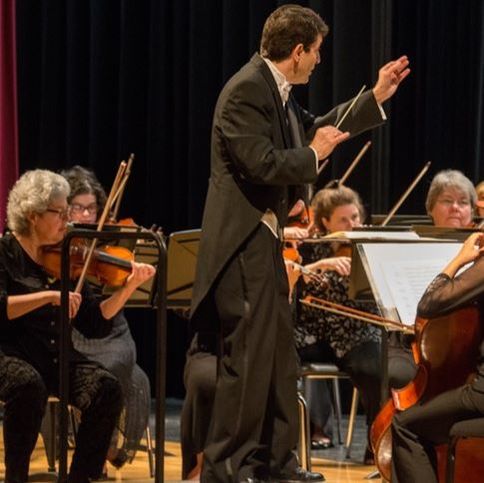 Thank you for your support and appreciation of our November 2022 concert.
​We hope to see you in May. Details below.
May 12, 2023 - 8 p.m. at Radnor Middle School in Wayne, PA
Gary White, Music Director and Conductor
with Yumi Kendall, Assistant Principal Cello of the Philadelphia Orchestra, soloist
Timothy Renner, baritone soloist from The Academy of Vocal Arts
with ​Coro da capo, Marsha Core, choir director 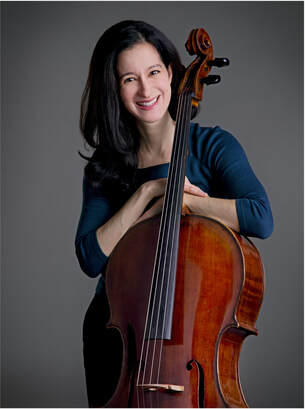 Yumi Kendall joined The Philadelphia Orchestra in September 2004 as Assistant Principal Cellist, immediately following graduation from the Curtis Institute of Music, where she studied with David Soyer and Peter Wiley. She began studying cello at the age of five following the Suzuki approach; at age 16, while studying with David Hardy, Ms. Kendall made her solo debut at the Kennedy Center with the National Symphony Orchestra. Ms. Kendall’s festival and chamber music activities include Music from Angel Fire, Marlboro, Kingston Chamber Music Festival, the East Coast Chamber Orchestra, the Smithsonian’s 21st Century Consort, and the Philadelphia Chamber Music Society. Beyond orchestral, chamber, and solo performing and teaching, Ms. Kendall most recently served on the boards of Astral Artists and the Greater Philadelphia Suzuki Association, and currently serves on the boards of Project440 and Wildflower Composers. In 2017, she graduated from the University of Pennsylvania with a Masters of Applied Positive Psychology (MAPP) to further her off-stage growth and organizational studies. Since then, Ms. Kendall has appeared as a guest presenter and facilitator for a Board retreat of the Suzuki Association of the Americas; the Radnor-based management consulting firm CRA, Inc.; and for Jefferson Hospital medical students in their Music and Medicine seminar. Ms. Kendall’s interest in organizational psychology and development stems from her belief in classical music’s powerful role in human flourishing, and the importance of cultivating healthy organizations as pathways to serve the arts and public community. Ms. Kendall was the 2013 recipient of The Philadelphia Orchestra’s Kuhn Award, given annually to “the member of the Philadelphia Orchestra who has shown ability and enterprise of such character as to enhance the standards and reputation of The Philadelphia Orchestra.” 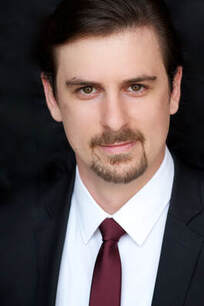 Timothy Renner, an active international performing artist, is a graduate of the prestigious Academy of Vocal Arts (AVA) in Philadelphia, PA. His recent professional engagements include Moralès in Carmen with Palm Beach Opera (2022), Escamillo in Carmen at the New National Theatre Tokyo (2018), Zurga in Les pêcheurs de perles with Opera Tampa (2019), and Marcello in La Bohème with the Lyric Opera of Kansas City (2019). As a resident artist at AVA (2016–2020), Timothy performed the title roles in Rigoletto and Rubinstein’s The Demon, as well as di Luna in Il trovatore, Germont in La traviata, Alberich in Das Rheingold, the Music Master in Ariadne auf Naxos, and Alphonse XI in La favorite, as well as a variety of song literature and sacred works. Concert repertoire includes Beethoven’s Symphony No. 9 with the Helena Symphony, Carmina Burana and Fauré’s Requiem with the Eastern Symphony Orchestra, Ein Deutches Requiem and Messiah with the New Jersey Master Chorale, and St. Matthew Passion with Sinfonia da Camera. Timothy has earned awards from several competitions, such as the Gerda Lissner Foundation International Vocal Competition, the Jensen Foundation Vocal Competition, the D’Angelo Young Artist Vocal Competition, the Mario Lanza Scholarship Competition, the S. Livingston Mather Scholarship Competition, the Orpheus International Vocal Competition, the Metropolitan Opera National Council Auditions (Central Region Finalist), and the McCammon Voice Competition. Timothy currently serves as Chair of the Department of Theatre and Musical Theatre, Director of Opera Theatre, and Assistant Professor of Voice at Shorter University, as well as the Director of Classic Music Ministry at First Presbyterian Church in Rome, GA, where he lives with his wife Hillary, a registered nurse, and young daughters Eleanor and Lena Rose. 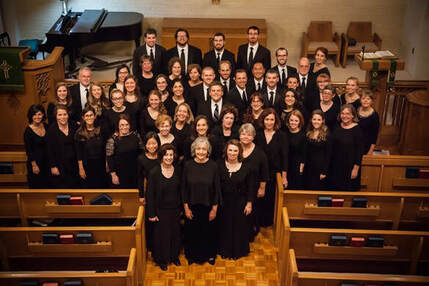 Coro da capo, a Main Line area choral ensemble, strives to inspire local audiences with high quality, passionate performances of traditional and modern a cappella repertoire. Their programs include a wide variety of music from William Byrd to Eric Whitacre and beyond. Coro da capo made its debut at Ardmore Presbyterian Church November, 2017, and successfully collaborated with Orchestra Concordia for Faure’s Pavane for Orchestra and Chorus in May, 2019. The group is delighted and honored to perform with Orchestra Concordia once again and proud to be their ‘sister’ organization!
Visit: corodacaposings.com 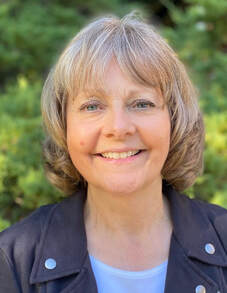 ​Marsha Core has been conducting choirs for more than thirty-eight years in the Main Line area and has been directing Coro da capo since 2017. She holds music degrees from Bethany College and Westminster Choir College. Her choirs have performed at numerous State and Eastern conventions of both the American Choral Directors Association and the National Association for Music Education. Ms. Core has conducted choirs in prestigious American and European venues including the Cathedral of Saint Patrick, New York; Naval Academy Chapel, Annapolis; National Cathedral, Washington, D.C.; Saint Stephen’s Cathedral, Vienna; Matyas Templom, Budapest; and the Bergkirche, Eisenstadt, Austria. In 2019 she prepared Coro da capo for a collaborative performance with Orchestra Concordia, and is happy for the opportunity to perform with them again during this Gala Anniversary Season.